For many locals Ravenscraig seemed like an independent town of its own, particularly due to the sheer scale of the place but also because of its busy network of rail and road systems. Iron ore and coal were transported in by rail, specially designed wagons carried molten iron and steel between plant mills and a whole host of other unique transport vehicles and systems ran throughout the works.

“I have very vivid recollections of the railway line that ran from Mossend, through Colville Park and into Ravenscraig No. 3 yard, being built. It ran right past the foot of my garden. Strangely enough the last of the track was only removed last year.”

John T, ‘Mac of the Isles’ – The Hidden Glasgow Forums 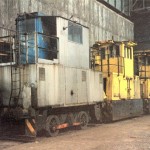 Coke oven locomotives were specially built with high cabs so that the driver could see over the coke oven car. 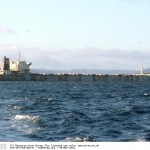 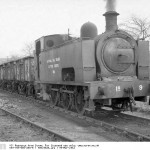 Locomotive from Bedlay Colliery carried coke to the Ravenscraig Works. The engine can now be seen at Summerlee Museum. 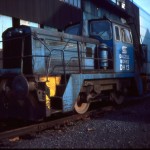 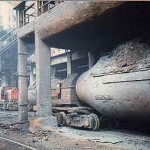 Torpedoes carry the molten iron to be processed into steel. 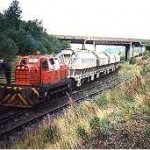 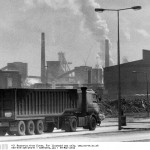 A lorry arrives at the main gate. 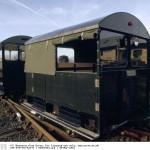 A petrol-engine trolley and an unpowered trailer used to transport workmen around the site. The Trolley shown here was used between 1970 and 1982 on the internal railway system at Ravenscraig.