Situated between the vast expanse of coke ovens and the infamous gas and cooling towers, Ravenscraig Power Station was the control centre responsible for all power and fuel resources distributed across the entire works. 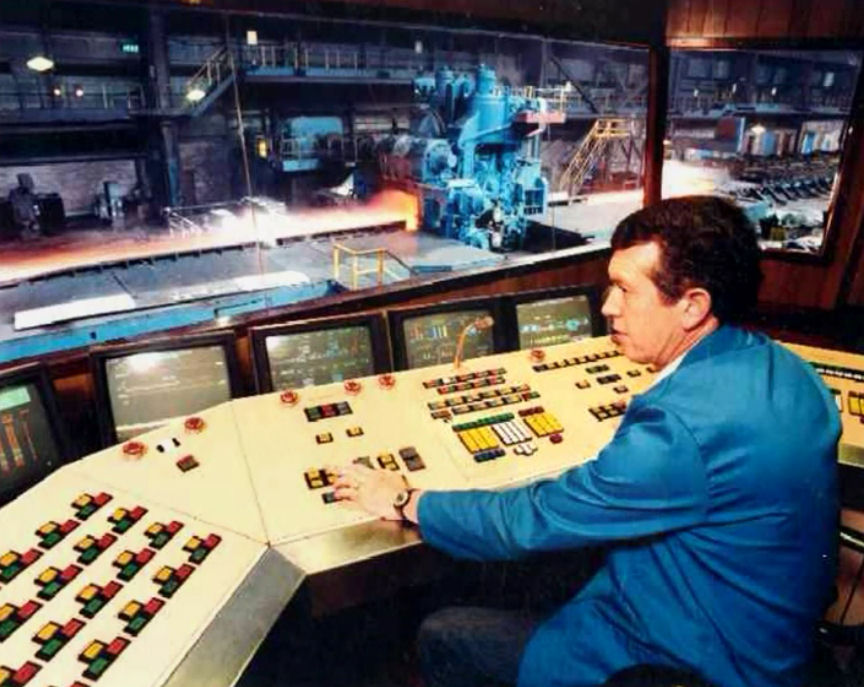 One of the largest industrial stations in Scotland, Ravenscraig Station included boilers, electrical generating plant, furnace blowers and high-tension switchgear which could be used to distribute power not only to Ravenscraig but also throughout Dalzell Works, Lanarkshire Steel Works and Clyde Alloy Steel Works.

In the auxiliary plant a centrifugal driven water pump circulated 24,885 gallons of water per minute.   The cooling towers, which dominated the Motherwell skyline, produced condensation using the natural draught method and had a capacity of 1,200,000 gallons per hour. 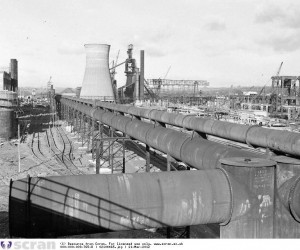 The Power Station mainly utilised gas produced from the blast furnaces, held in the iconic Ravenscraig emblazoned blue tower, but also had the facility to use coke gas and oil.