The Iron and Steel industry is a heavy industry which comes with many in-built hazards, and Ravenscraig was no exception. As the industry’s working practices were modernised many safety procedures were put in place, including the ever growing use of safety equipment. However, traditions and knowledge are passed down between workers, and in some instances the men felt that the equipment that was there to protect them would in fact be more of a hinder than a help. 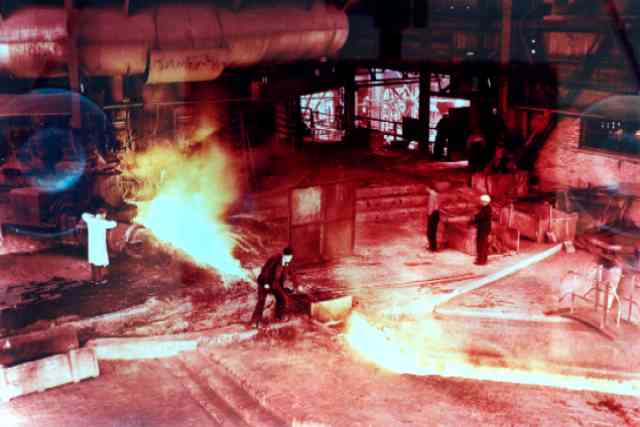 Ravenscraig – First Tap, 1957
(Note the regular work clothes and how the workers are casually standing next to the hot metal)
© Unknown – see B Hall

The International Labour Office’s code of practice Safety and Health in the Iron and Steel industry lists the most common causes of injury and illness as: 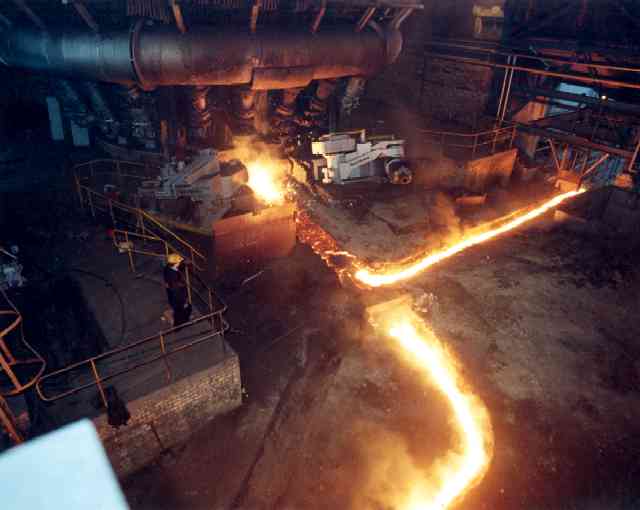 Ravenscraig – Last Shift, 1992
(taken from the same view point – note the use of safety equipment and the inclusion of an elevated platform away from the molten metal)
© Unknown – see B Hall

“I once met the farmer who used to graze his cattle on the farm just east of Ravenscraig (the Cleland side) and he told me that the cows used to lose their teeth, the cause later being traced to the dust from the iron ore being ingested.”

John T, ‘Mac of the Isles’ – The Hidden Glasgow Forums

“If I recall two guys were repairing the ore conveyor into the blast furnace. Somehow it was switched on. Sometime later the poor guy’s cars were located in the car park. Their jackets were still on the pegs. They found tools beside the conveyor. I don’t think their bodies were ever found.

There were quite a lot of accidents some fatal in these steel works. One I worked on was a report concerning carbon monoxide poisoning. Years later I met someone in the street and his comment was “I don’t think anyone went anywhere near that place after you did the investigation. They put a padlock on the place”.

Then the colour coded hard hat business! Give the boss a different coloured hard hat and the workers can spot him coming a mile off and get back to work!”