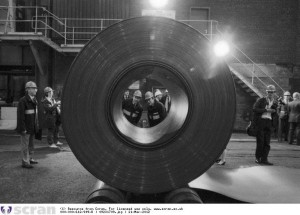 Having faced nationalisation in 1949 under Clement Atlee’s Labour Government, only to be returned to the private sector in 1951 by the newly elected Conservatives, Colville’s would again be renationalised in 1967; this time forming part of the British Steel Corporation (BSC).

BSC was established under the Iron and Steel Act 1967 and brought together around 90% of the UK’s steel industry.  Under the reorganisation the old companies were swept away and their names passed out of existence. Colville’s Ltd formally ceased to exist on 29 March 1970.

In 1972, after a national review, BSC recommended a complete overhaul and modernisation of Scotland’s steel industry. This included the closure of open hearth furnaces at Ravenscraig and other works by 1980, investment in modern plant to increase production levels and the completion of the Hunterston Ore and Coal Terminal.

Then once again, in 1988, the assets of BSC were privatised under the registered company British Steel.

In 1999, in a merger with Koninklijke Hoogovens, British Steel became Corus. Corus itself was taken over by the Indian steel company Tata Steel. One of the few remaining Tata-run Scottish companies still in production today is the original Colville’s works:  Dalzell Iron & Steel Works. 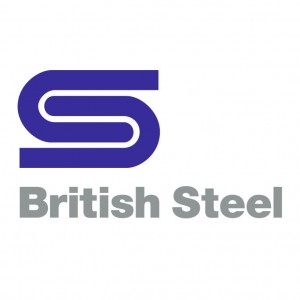