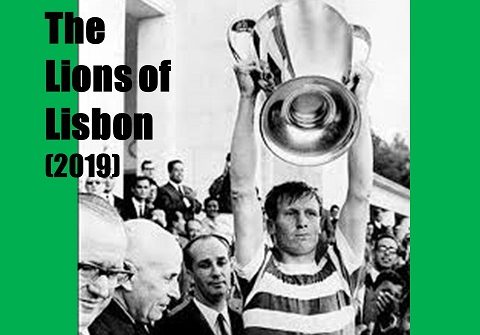 Back by popular demand!

Get ready to roar for the finest silverware ever lifted. If you know the history, don’t just remember it, relive it!

In May 1967, 10,000 of the greatest supporters in the world embarked on the most important crusade since the quest for the Holy Grail. They hailed from Scotland, Ireland, and every corner of the globe. Most were Celtic daft. Some were just plain daft.

The Celticade stretched from the Campsie Fells to the Pyrenees, rolling like a green carpet across Europe. Those who couldn’t afford the plane travelled on slow boats and long-distance lorries, in battered vans and buses, on rusty bikes and blistered feet, in used cars and trains that never ran on time.

The fans lived on borrowed time and borrowed money, arriving in Lisbon with a fistful of escudos and a heartful of hope. They were married to Celtic and pregnant with passion. The club was their kith and kin, their neighbour, their best friend, their ticket to immortality. They came clutching floodlit memories. They came over broken glass and stones, walking on water and living on a prayer. They came in search of paradise, and found it in Portugal.

A full cast of ten, plus live band, recreate the humour, passion and occasional calamity that accompanied a Glasgow & District XI showing Europe’s finest how the beautiful game should be played.