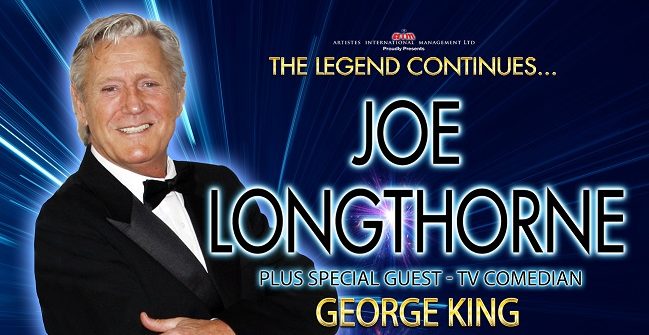 Famed for an endless repertoire of the voices of the world’s top singers. Joe Longthorne MBE is coming to town.

A greatest hits performance is promised in a rollercoaster ride of songs, with Joe performing with his own live band. From Tom Jones to Frank Sinatra, Dean Martin and Sammy Davis Jr, Joe’s impressions are flawless.

Million-selling albums and sell-out concerts around the world, including the Royal Albert Hall, make Joe the hottest ticket in town.

Support from George King, a regular face on TV during the 1980s, appearing on hit shows The Comedians, Live at Her Majesty’s and New Faces.

Shirley Bassey was moved to say, “Joe can do me better than I can do myself”.